A Year in Pup

Holy crap its been a year since last posting!  Its been a crazy year for this pup, and it only gets crazier from here.  There is a lot to cover.  So, in short (this will be mostly pix) . . .

Out and About
Ranger has gone out to the local nightclubs and video bars, where he is quite popular!  Everyone seems to want to pet or scritch him.  Aroooo!  Sadly can't find any of the hundreds of photos that have been taken of him on the dance floor.

New Toys
Got a new pup suit (full body rubber suit complete with booties (or paws).   Got some new pup chew toys and elastic tug-o-war rope too.  Soon to get a new pup hood.

New Orleans
We went to the city in early June for the annual Gummbalaya weekend.  This year was different as we connected up with the newly formed NOLA-PAH group.  We had Pup mosh with the PAHs group and they hung around with us at the hotel!  A great group and look them up on FB next time you are in the city. 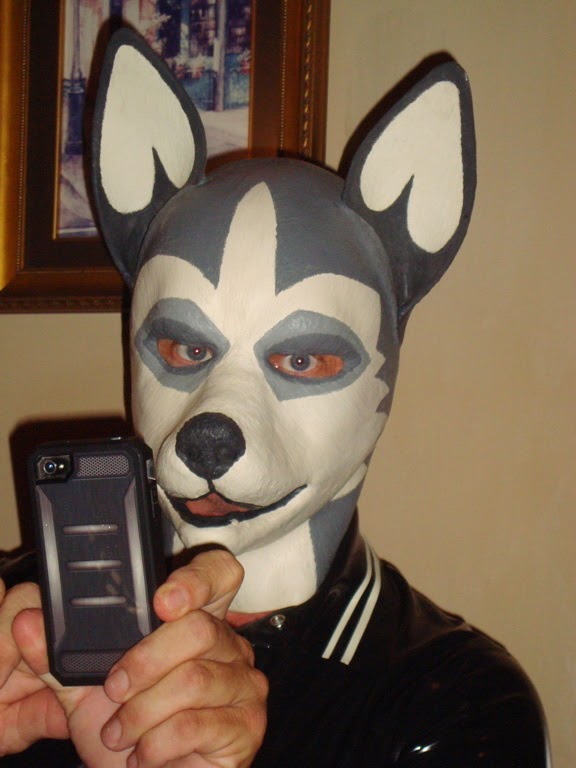 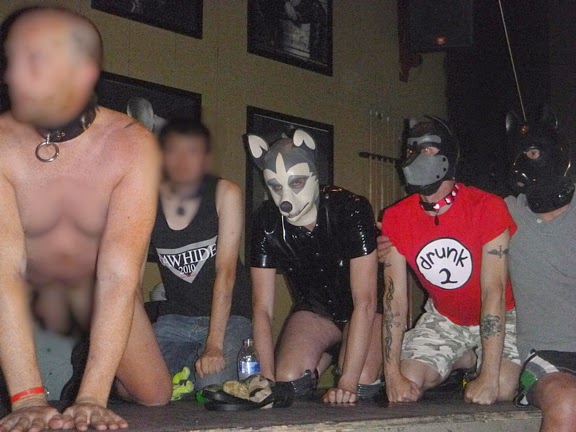 Paris Pride
Marched in Paris pride as Pup Ranger!  It was a 4 mile hike in dog hood and rubber suit.  This was helped immensely by the fact we were in full rubber and it rained most of the day, which was excellent!  That didn't drown out the spirit of the crowd as we were photographed more times in 4 hours than Brad and Angelina in one year. 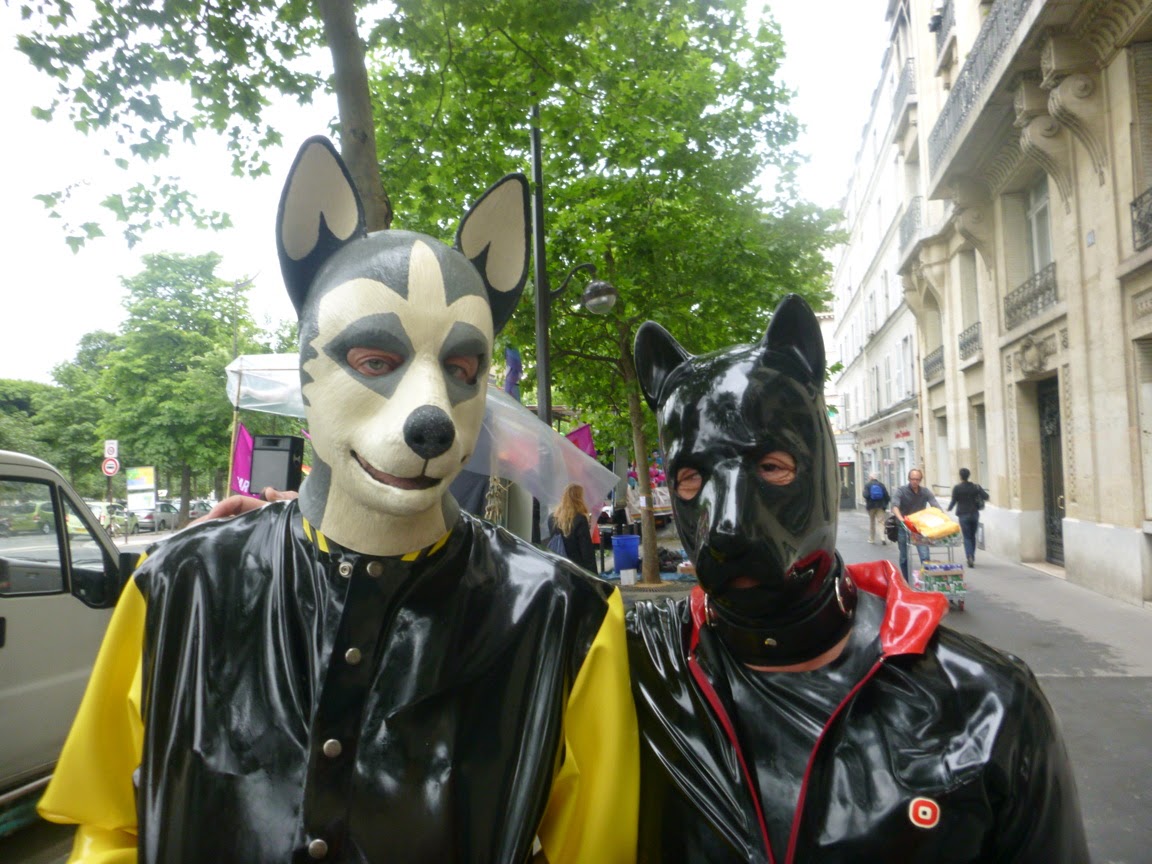 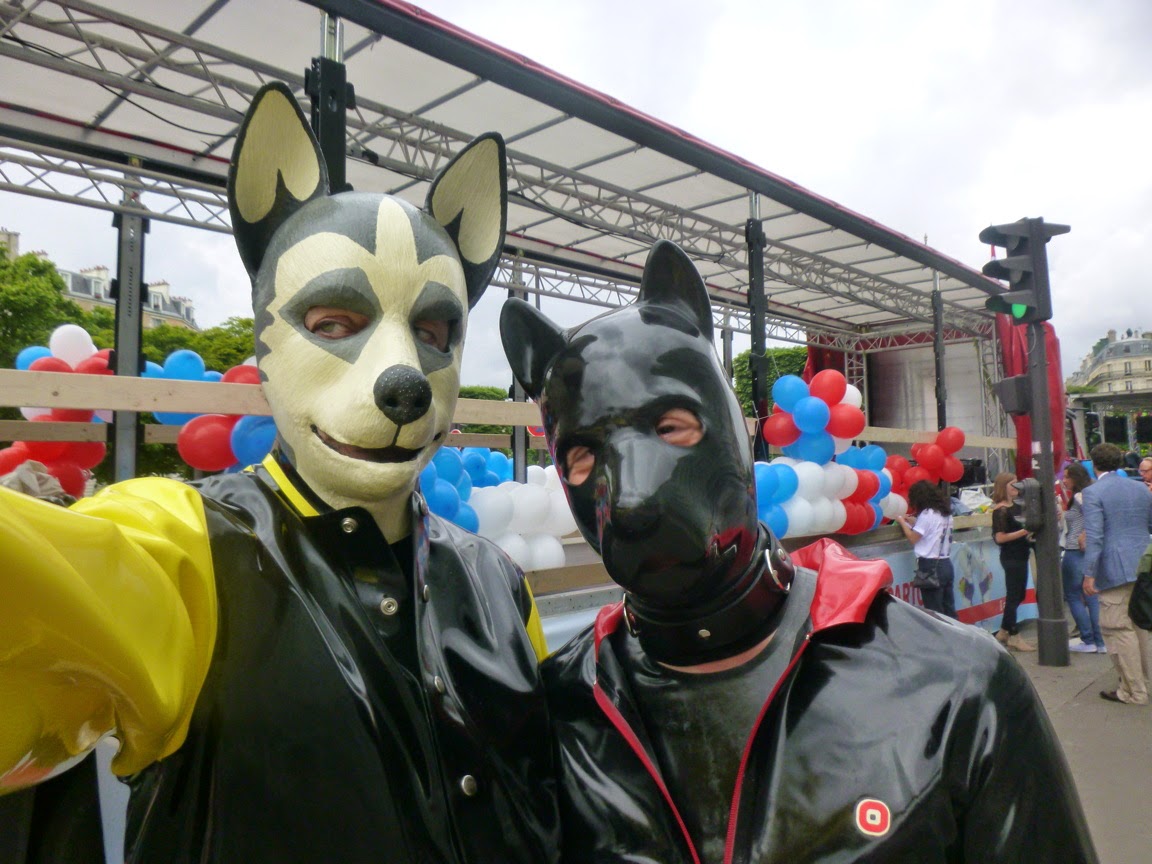 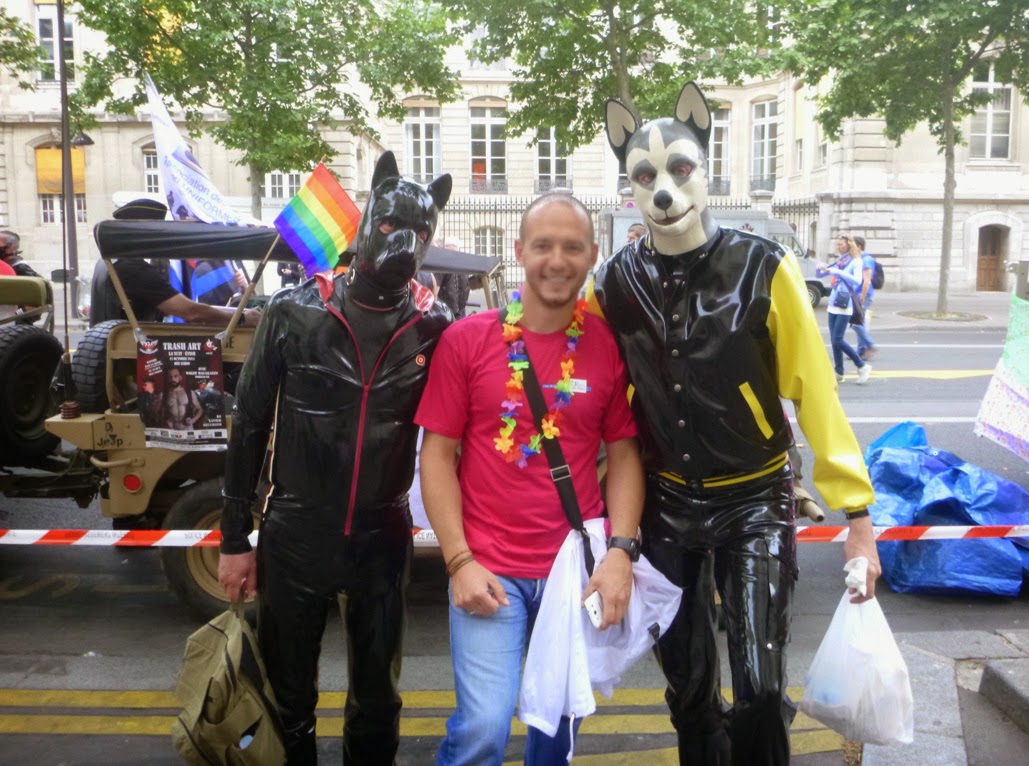 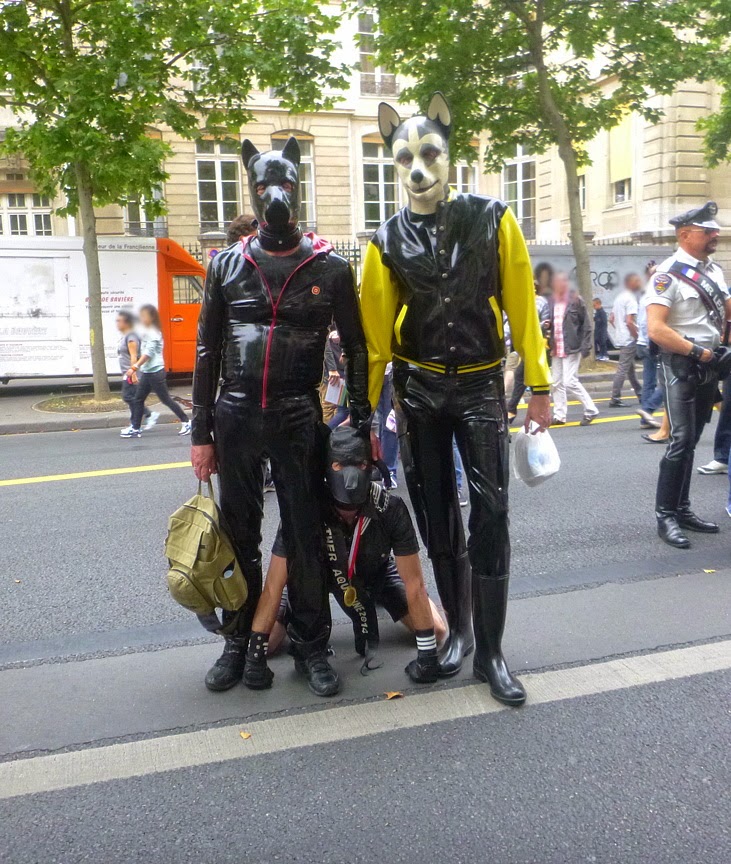 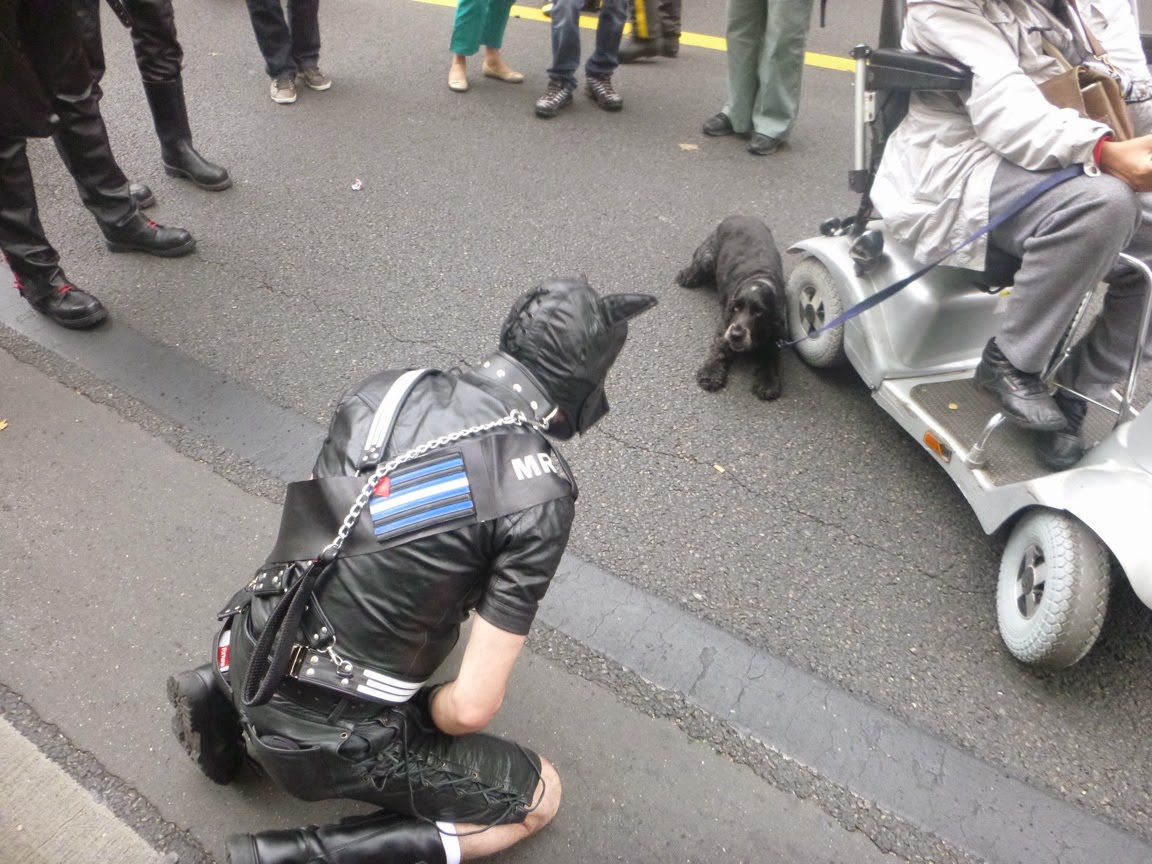 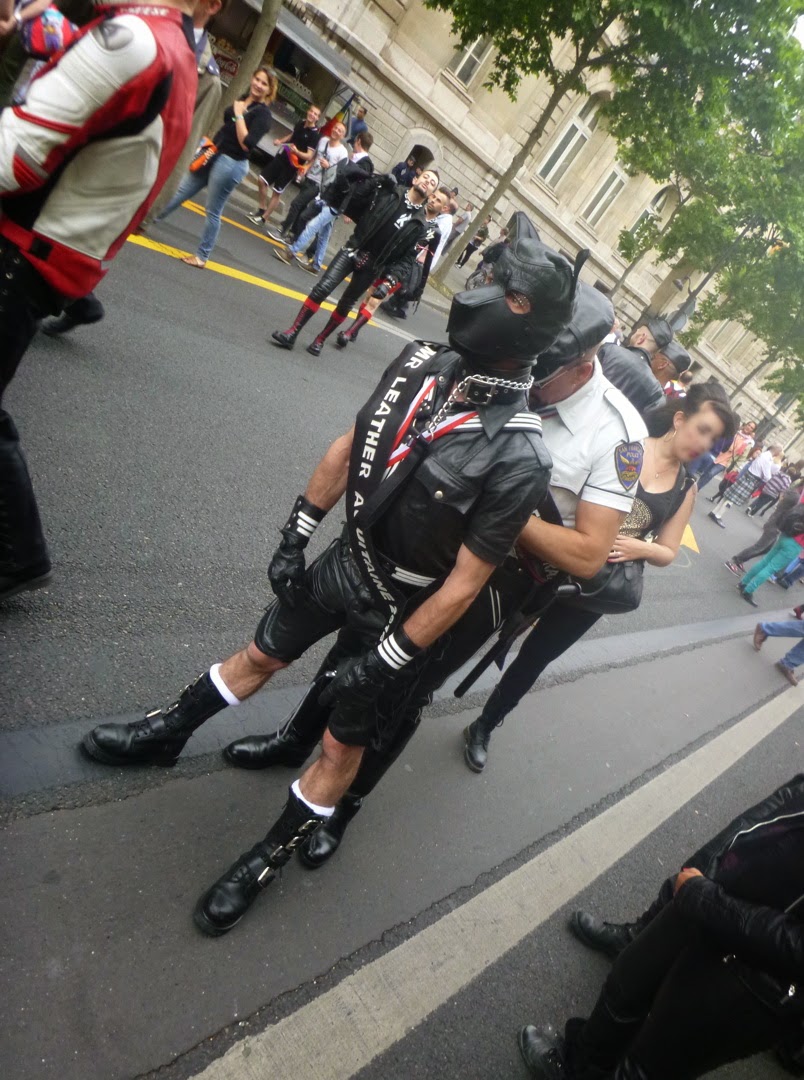 Visited with a real good friend of ours in northern France, where I surprised his french bulldog by going all Ranger on it. 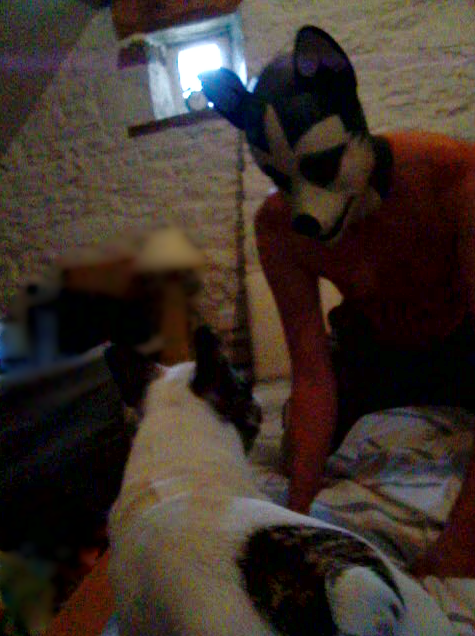 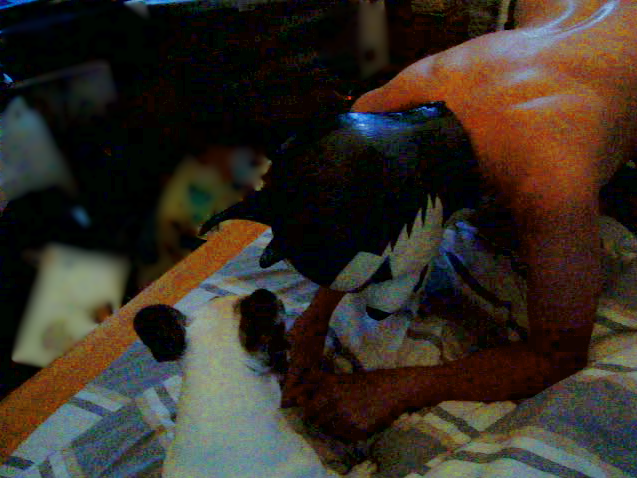 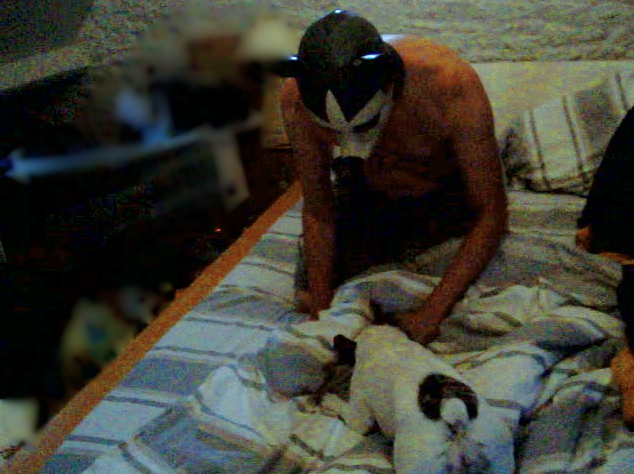 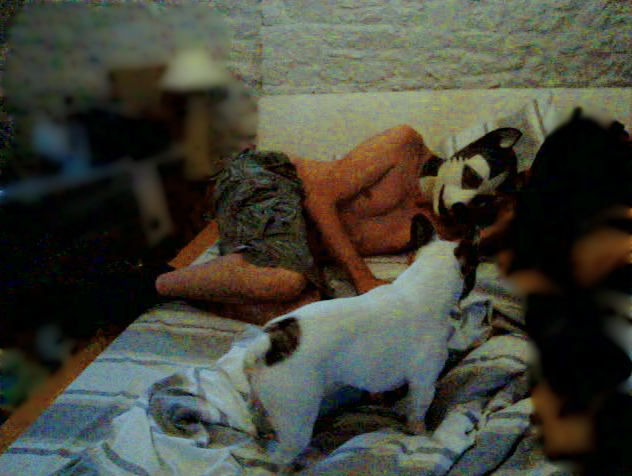 IPC
Went to IPC (International Puppy Contest) in StLouis in July, where I was asked to be an emergency substitute for one of the judges.  (Ive judged at rubber events and if you need a judge I can handle it!).  I had a blast!  Held the interviews with 4 great naked pups.  Got to hang out with everyone and met lots of fun cute new pups.  Watched the show and had a real tough time deciding how to score things.  Its never easy with good contestants.  More on this later I hope.

The Future
We are joining forces with the NOLA-PAH and Houston-PAH (Pups and Handlers) groups.  Our fabulous Rubber Weekend in New Orleans is going to be a joint event with the NOLA pups participating.  We will still be a rubber event, but now the pups are coordinating and we especially encourage rubber pups to join us next year!  June 12-14 2015, and all (rubber) pups invited!

I will have more rubber travels blog stuff soon.  Art and rubber meet head on!
No comments: Links to this post