Spending a few moments in the hotel sorting pix (I worked hard today!). Here are some of those that caught my eye, and I should have a few more in a day or so. Being a judge here was probably the most fun I've had at one of these things. Both the judges and the contestants each brought unique perspectives and sorting it all out was not at all easy (I didn't think it would be but to try and do it is something else). I would have enjoyed even more time to get to know everyone involved, but time was short and we all did our very best. I also couldn't help but think back half a decade to what it was like as a contestant and how tense, exhilarated, confident, and unprepared I was. This event I think brought me full circle and helped me to complete that journey. Enough of that for now. Enjoy some pix! 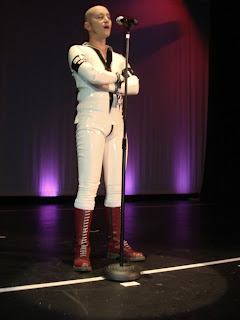 Contestant from Italy (Francesco!) answering a question from the judges: "Which other contestant would you like to be stranded on desert island with and why?" Dang if I've forgotten the answer. I think I'd go sailing to a deserted island with him! 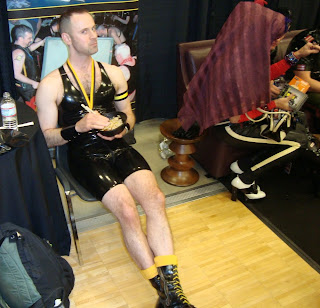 G-man, eventual MIR winner, relaxing during the first day of the meet 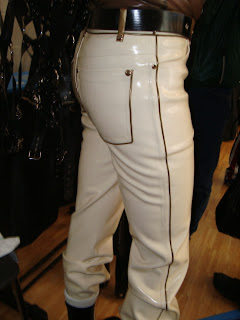 Some guys backside (hmmm, who could it be . . .)
pants by squeeze.dog 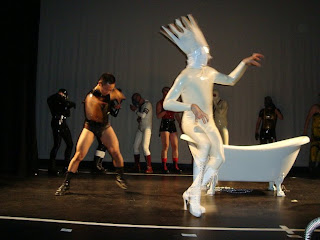 Eddie, our Emcee, and friends performing a rather twisted parody of Ladi Gagga . . . 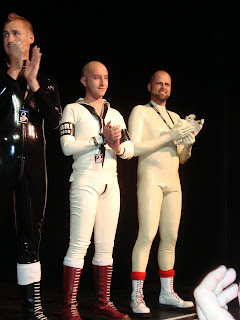 Three of the 9 contestants. White seems popular this year. 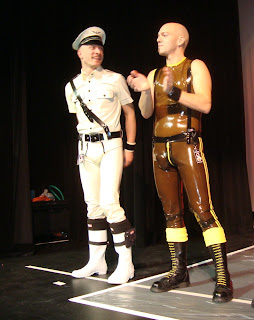 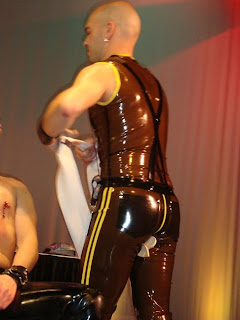 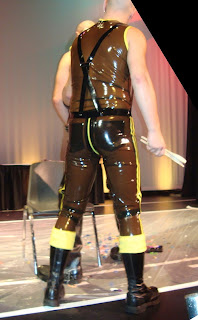