Back Home at last!  Another rubberized working-vacation complete. Wore the latex blue splatter pants and black polo on the way back. Worn out but had a nice train ride. There was the 5 year old girl at dinner before departure who really liked my costume.  The hot guy who, waiting to board asked where I was headed and seemed quite curious, or bored, but never actually asked about what I was wearing.  Then there was the guy (retired) who did want to know all about it as we were boarding, even after I said it was latex.  One of the conductors asked if I was hot.  Nope, I was cold (that nite)!  And then the couple down the hall in my car headed to a cruise to Jamaica (I could have been their baggage boy!) who thought it was a really interesting outfit.  And all the dining car patrons who were just plain nice to me.  All in all one of the most friendly trips I've been on in some time.  Sometimes I feel like a Rubber Ambassador, making rubber friendly for the masses.  Which raises the question of why folks were less friendly when I was in Europe last month . . . but more on that next post.

and then there were all the riders who thought I was a conductor and asked for directions to their cars and seats!  In this outfit . . .  .  I gave directions to more than a dozen travelers, literally.  Must have been the cap . . . 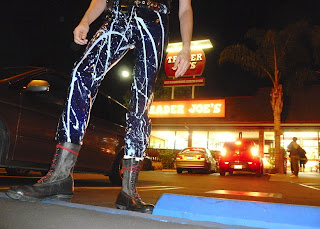 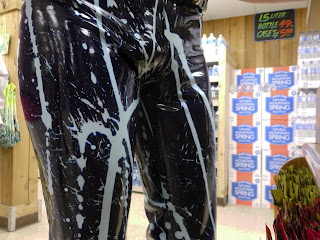 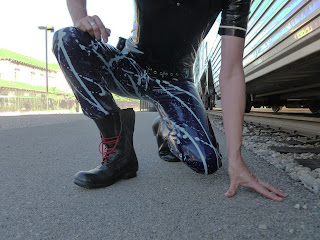 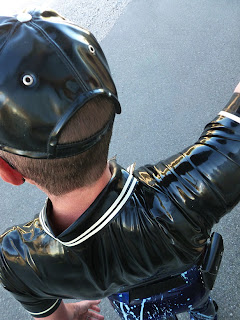 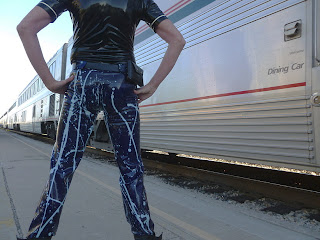 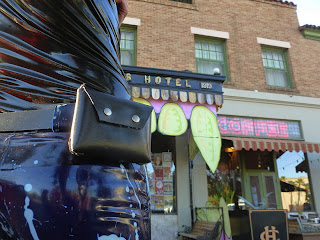 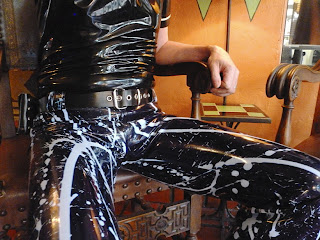 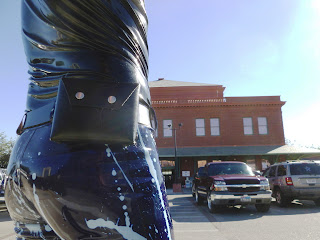 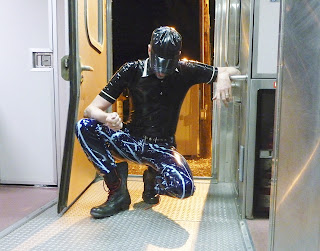 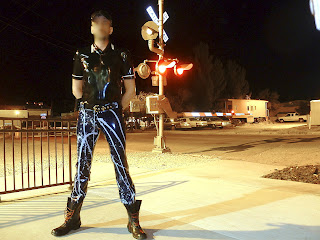 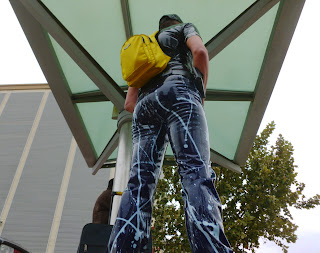