The Prequel to my last post, "RECENT TRAVELS PART 6" which dealt with a week in Minnesota and Illinois and points in between, was a week to France!  Like a certain well-known director, these posts are coming at you essentially backwards, as I push back the cobwebs and restore memory function.  Rubber was somewhat limited on this particular trip due to other obligations but opportunities arose for rubber to express itself, particularly in the museums of Paris.  The first half of the week was in a smaller city on the atlantic coast before heading over to Paris, where you can be almost anything.  Because the weather had turned to a cool autumnal windy clime, I bundled up and wore a jacket, a nice compliment to the rubber.
The Musee d'Orsay forbade photography but the Louvre obliged and I took more than a few photographs.  Not much to say here except that I did finally wear the rubber, looking quiet normal and unobtrusive!   Wore a semi-formal rubber blue-jeans, and black polo shirt with a camel-hair jacket, removing the jacket when it got too warm.   The one thing that stood out was that it felt very good to be a rubberman in Paris.  At times I felt like one of those glossy black and metal statues come to life.  Okay, I'm no Adonis, but tight rubber usually flatters a man, and the rubber blue jeans do a decent job of that.
After the museum we took a river cruise and got some nice shots.  By the next day I was just too sick to get into the hot dank sweaty clingy tight rubber, so Champs Elysees and McDonalds and the rest, you missed your big rubber moment.  On the days I did wear it, Paris was oddly silent on the subject of my rubber in the streets.  It was a different story in northern Europe in May, the subject of a forthcoming and lengthy post later this month. 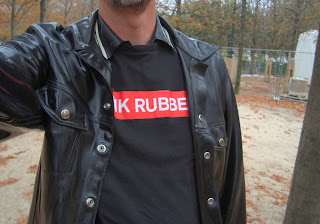 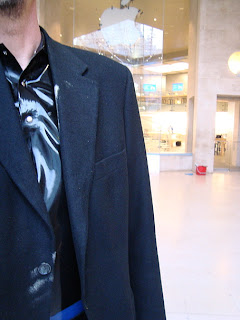 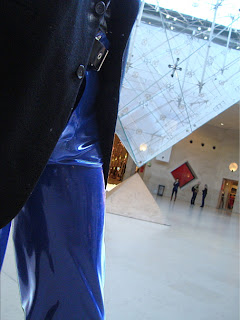 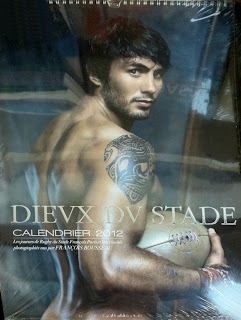 Should have picked up this Calender!  ("Stadium Gods" - avail. online) 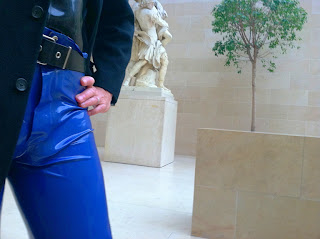 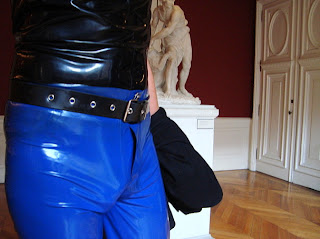 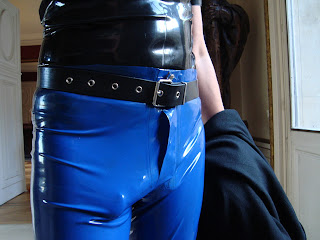 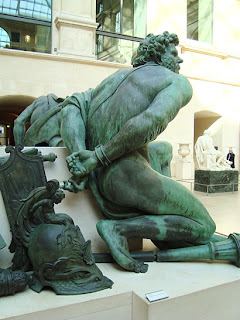 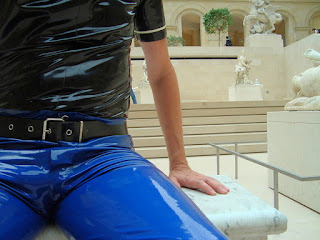 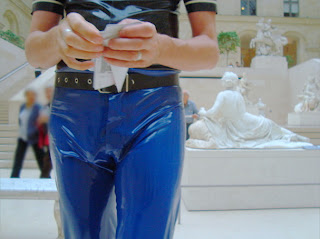 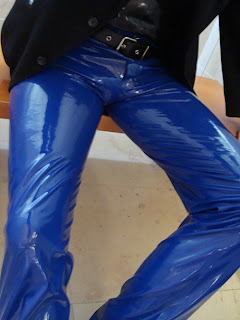